On Tuesday evening President Obama used his State of the Union Address to outline key policy initiatives for the next year.  Included among them was an increase in the required minimum wage for some federal contractors to $10.10.  President Obama spoke about a voluntary wage increase at a pizza place in Minnesota, and encouraged all employers nationwide to "Give America a raise".  But despite what happened at Minneapolis' Punch Pizza, are businesses likely to raise wages? 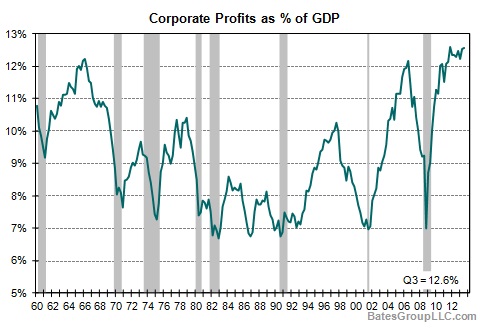 Businesses, for the most part, have the money, but with a labor market that is less robust than it first appears, do they feel any compulsion to spend it on employees?  After six years, we are still a little less than 1% away from 2008's peak employment level (see chart below).  The long and slow climb back to that high-water mark means that businesses likely feel that they still have significant negotiating power over employees and potential employees. 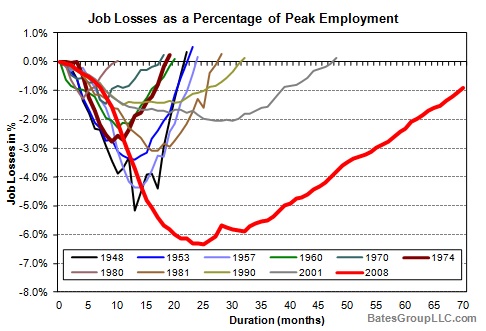 Compensation growth has not been particularly robust in the post-Credit Crisis period, further indicating that businesses do not feel pressure to compete for employees.  Using the Employment Cost Index compiled by the Bureau of Labor Statistics (which is a measure of the compensation cost per employee hour worked, including wages, salaries, and benefits), we can look at business spending on employees before and after the Credit Crisis.   The data shows the 12-month percentage change, presented on a quarterly basis (e.g., Q1 2010 less Q1 2009 divided by Q1 2009).  From 2001 to 2008 the average change was about 3.5%, but that figure drops to 1.9% from 2009 to present.  Alleviating some of the effects of this sharp drop-off is the fall in inflation experienced in the post-Credit Crisis period.  Using Core PCE to measure the inflation that employees are faced with, and matching the tabulation method used in creating the Employment Cost Index, we see that inflation has dropped from an average of approximately 1.95% prior to the crash to approximately 1.4% after.  Still, the fall in compensation outweighs the fall in inflation.  Both data series, shown on a quarterly 12-month percentage change basis, are presented in the chart below.  The net compensation growth, after taking into account the effects of inflation, is also included. 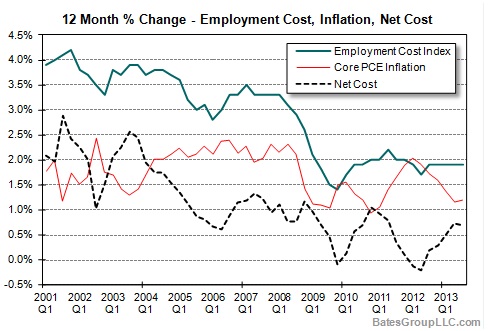 Businesses have not been giving America a raise, and they seem unlikely to do so in the future.  Instead, they seem to feel more of an obligation to reward shareholders rather than employees.  In fact, they have continued to find additional ways to get money back into the hands of investors, even beyond regular dividends.  In 2013, the 30 companies that make up the Dow Jones paid out more than $200 billion in share buybacks, almost three times as much as they spent on research and development.  Even as economic conditions continue to improve in 2014, companies seem poised to continue to focus on rewarding investors rather than rewarding employees.  President Obama is not likely to get his wish, which is too bad; it seems to be the one thing Democrats (59% approval) and Republicans (57% approval) agree on.  Economic analysis seems to support an increase in the current economic environment as well.