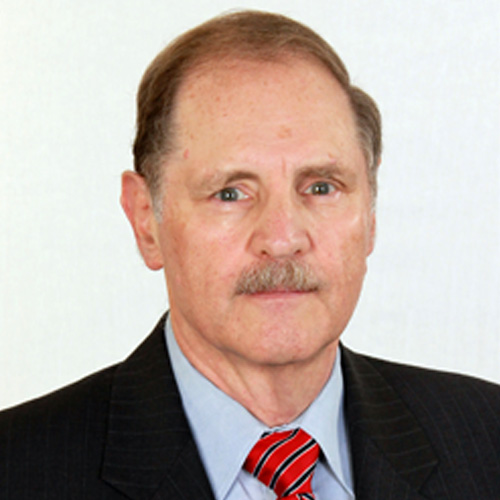 In Mr. Pape’s 24 year association with the Office of the General Counsel of Merrill Lynch (1977- 2001), he was directly involved in the defense of customer complaints, lawsuits, arbitrations, CFT reparation proceedings and SEC, and self regulatory investigations and proceedings. As an attorney, Mr. Pape was counsel of record in at least 250 arbitration proceedings before the NYSE, NASD, AMEX, CBOE, CME and AAA, actually trying to conclusion more than 100 such cases. He also supervised outside counsel on cases for which they were representing Merrill Lynch. In addition, as Manager of Litigation for Merrill Lynch’s Western Division, he supervised the caseloads of attorneys who reported to him. After his retirement from Merrill Lynch (2001-2004), he entered into a consulting agreement with Merrill Lynch to assist in an “Of Counsel” role in the defense of litigation matters.

In addition, while at Merrill Lynch, Mr. Pape was counsel to the firm’s Options Review Committee, helped design the new account form, was an active member of the leadership group that designed, developed and implemented Merrill Lynch Direct, provided legal advice and litigation support to Merrill Lynch’s clearing firm, Broadcort Capital, was a frequent speaker at the firm’s branch management training programs, developed the Surveillance Analyst Training Manual, and assisted in setting up the compliance program for Merrill Lynch Japan Securities.

Prior to Merrill Lynch, Mr. Pape was the general counsel and compliance director of G. Tsai & Company, Inc. (1976-1977), where he acted as a one-person legal department and compliance director for this New York Stock Exchange, Inc., member firm, its parent and affiliates. He had direct contact with all legal matters inherent to a multi-state business, as well as all securities and compliance areas particular to investment advisers and broker-dealers. He reviewed all daily transactions, approved new accounts, pre-reviewed options accounts, active account reviews, 144 trades, branch office and registered representative registrations, regulatory reviews, compliance visits to branch offices, authored compliance manual, all forms, contracts and customer agreements. He also reviewed, edited and obtained approval for all sales literature, brochures and research reports.

As a regulator, Mr. Pape worked as an attorney in the New Stock Exchange’s Department of Enforcement as a special counsel and manager (1972-1976). In that position he was responsible for the training and supervision of a staff of attorneys and investigators. The staff’s responsibilities included the investigation and prosecution of violations of the New York Stock Exchange’s Constitution and Rules, as well as the federal securities laws as they applied to Exchange members and their employees. Mr. Pape also had individual responsibilities for the investigation and prosecution of large and complex cases. He had general responsibility for determining the cases to be opened, their assignment and closing, and recommendations for disciplinary actions. He participated in all policy and administrative decisions of the Department.

Prior to the NYSE, Mr. Pape started his association with the securities industry as a trial attorney in the New York Regional Office of the United States Securities and Exchange Commission (1970-1972). There he had contact with most areas of ‘33 Act and ‘34 Act practice with emphasis on the investigation and prosecution of violations of the federal securities laws. He experienced all levels of enforcement activities: investigations, administrative hearings, injunctive actions and criminal prosecutions.

After graduation from law school, and prior to entering the securities industry, Mr. Pape served as a trial counsel for the Criminal Division of the New York City Legal Aid Society, (1968-1970) providing legal defense to indigent clients.

While in law school, Mr. Pape was an investigator for the New York City Comptroller’s Office (1964-1968) engaged in the investigation of legal claims against the City of New York.

Speaker on compliance issues at SIA and PLI seminars

Registrations: Series 7 and Series 24 (ended with retirement from Merrill Lynch)

Member NYSE Hearing Board (ended with retirement from Merrill Lynch)