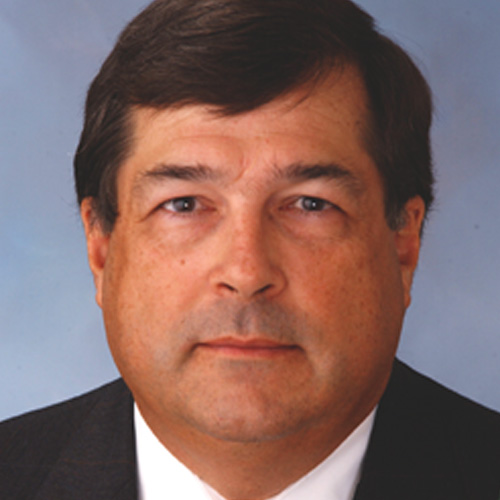 Thomas Franko is an affiliate expert for The Bates Group. He has been retained as an expert witness for cases in arbitration, state and federal court to provide opinions on fully disclosed clearing, prime brokerage, trading practice, clearance and settlement (domestic and foreign), margin, obligations of brokers to customers. Mr. Franko has been retained as counsel in fully disclosed clearing, prime brokerage, brokerage compliance and regulation, regulatory matters, risk evaluation and procedures. Prior to Bates, Mr. Franko was General Counsel and Managing Director at Pershing LLC.

Pershing entered an agreement with Prodigy to offer brokerage services on line. Worked with the unit to reduce trade related risk, expand the offering to other ISP’s including AOL and a number of trade group related ISPs. Helped open additional offices, developed scripts for telephone service personnel, training programs for employees. Structured the business as DLJdirect, offering it as a tracking stock, and sold the business, then known as CSFBdirect, to Harris Bank.

Formed the over-the-counter (OTC) market making business, registered it as a broker-dealer and member of NYSE and NASD. Structured its best execution committee, wrote supervisory procedures, assisted management in exiting some regionals and involved in its participation in ECNs.

Developed a business of specialized services for investment advisors (RIAs) and hedge funds. Wrote the original agreements between the RIAs and the firm, as well as the agreements with the clients. Helped structure prime brokerage agreements. In 2005, directed work to separate business from that of the main firm and placed it in a separate broker dealer.

Accompanied senior management to a conference in Geneva, Switzerland for independent financial advisors where, in addition to being a featured speaker on US securities regulations, directed preliminary work in the legal requirements for the firm to enter this business in Switzerland.

Helped Pershing acquire the clearing business of two UK brokers, Laurence Keen and Laurence Proust. Provided legal work and helped to add to the firm’s business mix by adding Model B clearing, a close cousin of fully disclosed clearing in the USA. In 2003, led the investigation into the legal aspects of certain accounting irregularities, working closely with internal and external auditors. Completed the investigation in a timely manner so that the sale of Pershing to The Bank of New York occurred on schedule.

Asked by SIA to serve as the chair of the Ad Hoc Clearing Firms Committee to work with the SROs to amend Rule 382 of the NYSE which governs the clearing relationship. Chaired numerous meetings among members of the industry and with the SEC, NYSE, and NASD.

Worked with the SIA’s Anti-Money Laundering Committee to write “best practices” in the AML area for clearing firms, still under review and comment by the SROs.

Served as spokesman to the Treasury in Washington regarding the USA PATRIOT Act about proposed rules that would have created a difficult environment for clearing and prime brokerage firms. The result was a set of rules that acknowledged the role of clearing firms and allowed for sharing of AML responsibilities among the introducing and clearing firms.

Served as a member of the New Jersey Governor’s Special Advisory Committee to the Bureau of Securities. Committee helped draft regulations under New Jersey blue sky law adding to its enforcement powers while preserving a balance for legitimate firms.

Helped draft commentary to the aiding and abetting section of the Uniform Securities Act which served to clarify the role of clearing firms for the purpose of avoiding liability when the introducing firm commits fraud.

Formed an Illinois corporation that owned the intellectual property assets of the entire firm including both trademarks and patents. Removed as much as $76 million per year from New York tax.

Handled several reductions in force (both DLJ and CSFB) and investigations over allegations of workplace harassment and discrimination. Provided daily advice to human resources on many issues: allegations of harassment, promotion issues, wage and hour issues (including one investigation by the NJ Department of Wages and Hours), and an OSHA investigation.

Responsible for representing the firm and registered personnel in connection with customer complaints and arbitrations and with self-regulatory investigations and charges, while Pershing was a division of Donaldson, Lufkin & Jenrette. Retained and supervised outside counsel or, in certain instances, represented the firm and its personnel in arbitration and regulatory investigations.

Managed a department of up to twelve lawyers, plus supporting paralegals and staff. Initiated evaluation processes that align the work of the legal department with the business goals of the organization.

Led the firm to license a case management system that is useful in both management and reporting.