On January 14, Google continued its push into physical products and away from net-based ones with its acquisition of Nest for $3.2 billion.  The move comes after previous forays into the world of robotics, phones, self-driving cars, and wearable tech (Google Glass).  While the profit margins to be expected on producing hard goods are not nearly as wide as those from Google's virtual activities, these products give it access to even more customer data, which may be monetized at some future time.

Nest, which produces an intelligent thermostat and an intelligent smoke alarm, fits with Google's broader pattern of gaining greater access to customers’ home data.  The acquisition also comes with two key executives; Tony Fadell and Matt Rogers, Nest's founders.  Of particular note is Mr. Fadell, who brought the idea of the iPod to Apple and then led the team responsible for the first eight generations of iPod and three generations of iPhone.  By acquiring Mr. Fadell's eye for design and customer friendly products, Google may have bought themselves something more than the company he founded.

According to Nest, Google was previously an investor in the company's series B and C financing rounds in 2011 and 2012 respectively.  At the time of the C round financing, Nest was valued at approximately $800 million.

Helping to explain the jump to $3.2 billion from $800 million is the current market for M&A activity.  Bolstered by a 30% return to the S&P 500 (see chart below), positive signs of growth for global economies, and increased confidence, business investment spending is poised to take off again. 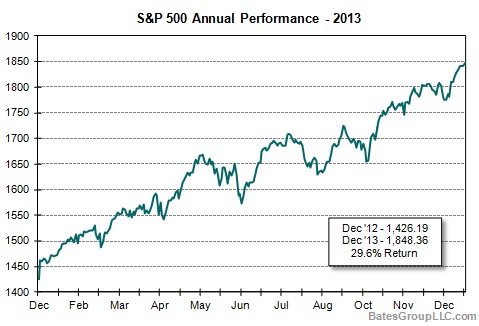 Add to that picture the tremendous amounts of cash on hand held by corporations, as well as the estimated one trillion in cash held by buy-out groups, and there is quite a bit of money waiting on the sidelines.  In rising markets, investors will soon start asking questions if that capital is not deployed and earning a return.  Historically speaking, interest rates are still quite low (see chart below), which also encourages spending. 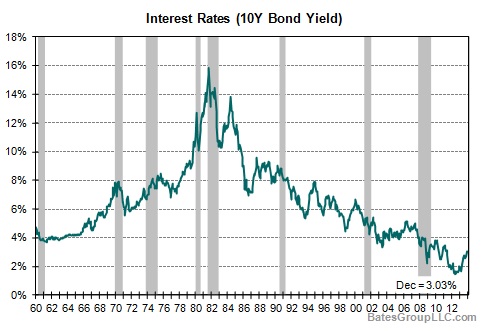 2014 has been a hot market for dealmakers thus far. We are only halfway through January and there have already been three major deals announced that are larger than even Google's all-cash bid: Charter's $61 billion offer for Time Warner Cable, Suntory's $13.6 billion deal for Beam, and Liberty Media's consolidation of its ownership in Sirius XM worth approximately $10 billion.  2014 may see a return to corporate deal-making levels not seen since before the Credit Crisis.