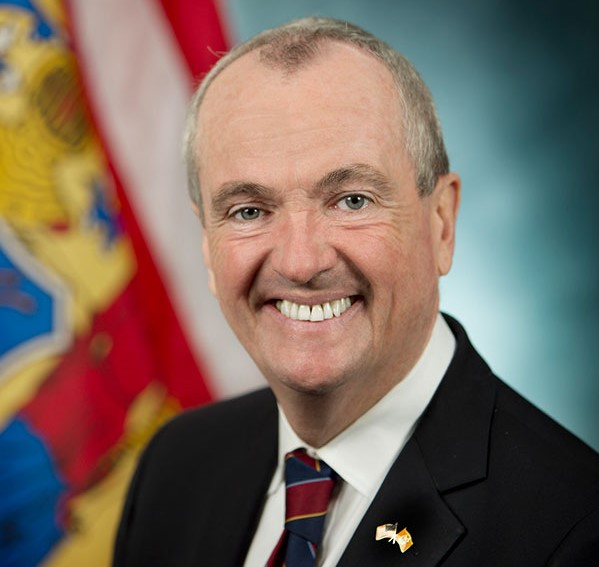 On April 15th, the New Jersey State Bureau of Securities proposed applying uniform fiduciary standards to broker-dealers and investment advisers for recommendations and advice they give to New Jersey investors. The new, no-nonsense proposal is certainly aggressive. Any breach of a fiduciary duty owed to a customer under the proposed regulation would be deemed a “dishonest and unethical practice.”

The proposed New Jersey rule was expected—New Jersey Governor Phil Murphy (pictured above) and Attorney General Gurbir Grewal have been promoting it since at least September 2018 and issued a pre-proposal of the rule in October. Notably, these early steps were taken only months after the SEC introduced Regulation Best Interest, and some six months after the Fifth Circuit struck down the Labor Department’s version of a fiduciary duty rule, (see Bates’ discussion of these actions at the time.) Regarding timing, SEC Chair Jay Clayton said that Regulation Best Interest will be issued sometime in 2019, with many expecting that it will happen this summer.

The formal promulgation of the new rule has garnered a lot of attention for both its terms as well as its proactive approach to the SEC efforts. In this article, Bates describes this state proposal rule and considers some of the implications and reaction to the New Jersey move.

The State Makes Its Move

In introducing the bill, New Jersey’s leaders threw down the investor protection gauntlet. Arguing that the proposal offers “some of the strongest investor protections in the nation,” Governor Murphy stated: “At a time when the federal government is undermining the consumer protections implemented in the wake of the 2008 economic crash, we are committed to ensuring our residents and families are protected from predatory financial practices." Attorney General Grewal added, “If the federal government won’t act to protect investors, then we will.”

The state leadership left little doubt about its position. The proposal criticizes the suitability standard as inadequate and vulnerable to conflicts of interest and excessive fees. Dual registration is criticized as confusing and blurring the lines between advisory services and sales. The Acting Director of the Division of Consumer Affairs was blunt: “nothing short of [the fiduciary standard] provides investors with the protections they deserve.”

The proposed rule requires all registered investment professionals to act as a fiduciary when providing advice “or recommending an investment strategy, the opening of or transfer of assets to any type of account, or the purchase sale or exchange of any security.” The term fiduciary includes both a duty of care and a duty of loyalty. The former requires the registered professional to make a reasonable inquiry into the risks, costs, and conflicts of interest related to any recommendation or advice, and to understand the “customer’s investment objectives, financial situation and needs, and any other relevant information.” The duty of loyalty is intended to ensure that any advice be made without regard to the financial interest of the investment professional or any other third-party.

The proposed rule lays out several presumptions, conditions and clarifications which establish guideposts for expected behaviors. For example, existing incentive practices, such as sales contests or anything that might lead to a conflict of interest, would be considered presumptively invalid. Existing disclosures of conflicts of interest practices by themselves would not be sufficient to satisfy the duty of loyalty required by the proposed standard. As to transaction-based fees, they are still allowed under limited conditions.

Further, the rule defines how long and in what instances the fiduciary duty lasts. For specific recommendations by a broker-dealer, for example, the fiduciary obligation “extends through the execution of the recommendation and, therefore, would not be considered an ongoing obligation.” This is distinguishable from obligations related to advice for investment advisers and dual registrants, for whom the obligation would be applicable to the entire customer relationship on an ongoing basis.

As noted, failure to act in accordance with this fiduciary duty when making a recommendation or providing investment advice would constitute “a dishonest or unethical business practice.” Comments on the proposal are due by June 14, 2019.

To the extent that the New Jersey proposal represents an assertion by a state to use its authority to protect its resident investors from harm, New Jersey joins other states, such as Maryland, Nevada and New York that have, in various forms and with limited success, joined the fight. (See, e.g. here and here.) The New Jersey proposal may add momentum to these state efforts to impose standards on broker dealers and investment advisers.

Given that likelihood, the New Jersey proposal highlights legal questions of federal preemption over state law. A fight over federal preemption ensures that federal courts will be needed before any final resolution. Initial preemption concerns were already discussed in a SIFMA comment letter requesting that the SEC adddress it, and a NASAA response asking the SEC to bypass the question and let the courts determine such questions.

It is easy to see the New Jersey proposal as merely the latest skirmish in a long-running battle to address serious systemic and conflict of interest issues in financial services. On substance, however, the proposed New Jersey fiduciary standard can very much be viewed as a direct challenge to SEC Regulation Best Interest. Under a section titled “Federal Standards Analysis,” the New Jersey Bureau states clearly that its “proposed new rule will exceed [the SEC-proposed] standard.”

In an op-ed titled SEC Proposal Packs an Investor-Protecting Punch  supporting Regulation Best Interest, SIFMA’s CEO Ken Bentsen wrote a direct appeal to the Commissioners: “Ultimately, the SEC proposal represents a true best-interest standard with real teeth. We urge the SEC to present a final rule at their earliest opportunity….After more than a decade of debate, the time to finalize the rule is now.”

As the debate continues, Bates will keep you apprised of developments.