SEC Regulation Best Interest: Next Round 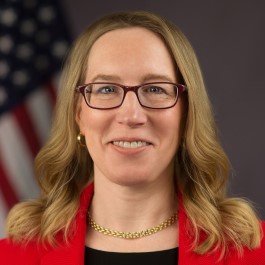 As the deadline for comments on SEC Regulation Best Interest draws to a close, echoes from the debate on the Department of Labor (“DOL”) fiduciary rule can be heard in new concerns being raised before the Commission. In a recent speech getting a lot of attention, SEC Commissioner Hester Peirce undertook an analysis of the proposed regulation. Bates Research takes a look at that and some other notable recent reactions.

The SEC Best Interest Rule (“Reg. BI”) has three parts. The first part requires a broker-dealer to act in the “best interest” of a client investor. This new standard would require suitability determinations, disclosures of “key facts” that may suggest conflicts of interest, and further compliance obligations. The second part provides additional interpretive guidance for advisers who have fiduciary obligations to investors under law. The third part requires that both broker-dealers and investment advisers provide a new Client Relationship Summary (“CRS”) to retail investors. The CRS highlights key differences between investment advisers and broker-dealers, based on the types of services offered, and delineates legal standards of care. The short form also defines certain terms that may confuse investors (e.g., the difference between “adviser” and “advisor”) and restricts their use.

As described previously, despite the vote in favor of releasing the package of proposals, a number of Commissioners expressed reservations about the particulars. In a recent address titled: What’s in a Name? Regulation Best Interest v. Fiduciary, Commissioner Peirce expanded on her previously stated objections. Terms like “best interest” and “fiduciary,” she argued, are fundamentally inexplicable as to the obligations broker-dealers and advisers owe to clients. She stated that “a fiduciary under the Employee Retirement Income Security Act (“ERISA”), for example, means something other than a fiduciary under the Investment Advisers Act of 1940.” She also cited DOL guidance reflecting the broadening of the “definition of ‘fiduciary’ for purposes of its 2016 rulemaking.” Commissioner Peirce asserted that the definitions are so malleable that proposed Reg. BI would arguably "subject broker-dealers to an even more stringent standard than the fiduciary standard outlined in the Commission’s proposed interpretation.”

She contended that using such terms may not only be confusing, but may actually prove to be “harmful” to the market and to investors and ultimately may cost more.

The consequence is that the rule may motivate brokerage firms to deregister, as investors flee to advisers who offer their services on a fee basis rather than a transaction basis. She put it this way:

“We are already seeing this dynamic at work. Brokers are taking a hard look at the existing regulatory framework coupled with FINRA arbitrations in which sometimes a fiduciary standard is applied. Then they look over the fence to the adviser world with its principles-based fiduciary standard, less frequent exams, absence of arbitration, and predictable revenue streams. Having engaged in this comparative exercise, many firms and individual financial professionals say farewell to FINRA, hop on the fiduciary bandwagon, and never look back. Regulation Best Interest could exacerbate this trend.”

Commissioner Peirce recommends an alternative whereby a new rule would be built on the foundation of the current "suitability standard," which has proven to be both understandable and effective. Further, she argued, any standard to be imposed on broker-dealers should be explicit and not implied.

The Commission received thousands of comments on proposed Reg. BI. Organizationally, advocates staked out familiar positions first formulated by their advocacy or objection to the DOL Fiduciary Rule. SIFMA, for example, issued a statement after a June 14th Investor Advisory Committee Meeting supporting the new rule:

“SIFMA commends the SEC for proposing a new best interest standard under the Exchange Act that not only clearly and significantly raises the bar from the current suitability standard under FINRA Rules, but also incorporates the intended principles and goals of the former DOL fiduciary rule that it is replacing. By any measure, the SEC’s proposed best interest standard materially exceeds the existing FINRA suitability standard to the benefit, and for the protection, of retail customers.”

In their substantive comment submitted on August 7, SIFMA stated that “certain key changes must be made to the Proposals to make them workable for the industry and to avoid unintended consequences, such as decreased choice for retail investors and a shift away from the brokerage model.”

SIFMA's proposed detailed modifications to the rule could, if implemented, harmonize certain definitions with FINRA, such as the definition of a “retail customer.” Further, SIFMA suggested clarification and guidance on certain disclosures and other obligations, including “material conflicts of interest.” SIFMA also recommended the adoption of “a simplified and more flexible approach” for the Proposed Form CRS.

The Investment Adviser Association (“IAA”) stated that it supported the “goals” of the rule, but requested substantial changes to it. As to the proposed Advisers Act Interpretation, IAA rejected the position that it was either necessary or beneficial to codify the fiduciary duty in a rule, since the “principles based duty has successfully served as the bedrock principle of investor protection of clients of investment advisers for more than 75 years.”

As to Reg. BI, IAA recommended that the Commission make the “scope and application of Reg. BI” clearer, ensure that “advisory activities that broker-dealers agree to provide a retail client, including ongoing monitoring for purposes of recommending changes in investments, …be covered by either Reg. BI or the Advisers Act fiduciary standard,” and “define advice that is considered not to be “solely incidental” to brokerage activities.”

With respect to Proposed Form CRS, the IAA commented that it “may exacerbate the investor confusion it is intended to address” and urged the SEC to conduct investor testing and publish the results of the Form to ensure its effectiveness. Further, IAA also recommended that the SEC display educational comparisons between investment adviser and brokers on the SEC’s website and streamline the proposed Form to “focus on critical aspects of the relationship and services being offered by each firm to investors.”

A contrary position on Reg. BI was voiced by Senators Elizabeth Warren, Sherrod Brown and Cory Booker in a letter to FINRA President Robert Cook on July 20. They asked him to provide FINRA's interpretation of the SEC's proposal. They raised concerns that the proposed standard “is long, complicated, and, in some important ways, ambiguous…[and that] SEC Commissioners themselves disagree about whether it is similar to the DOL rule and "definitely a fiduciary principle," or whether it "essentially maintain[s] the status quo."

These reactions represent round one in the battle to develop acceptable standards for broker-dealers and advisers. Many of these positions are extensions of long-standing disagreements voiced during the fights over the DOL fiduciary rule. But the spectrum of opinions presented by these comments will serve to frame the rounds to come – and, in the end, may lead to some new (and possibly some old) approaches on this hotly debated issue. Bates will keep you apprised.