Regulators Are Gaining Traction in the Fight Against Elder Financial Exploitation 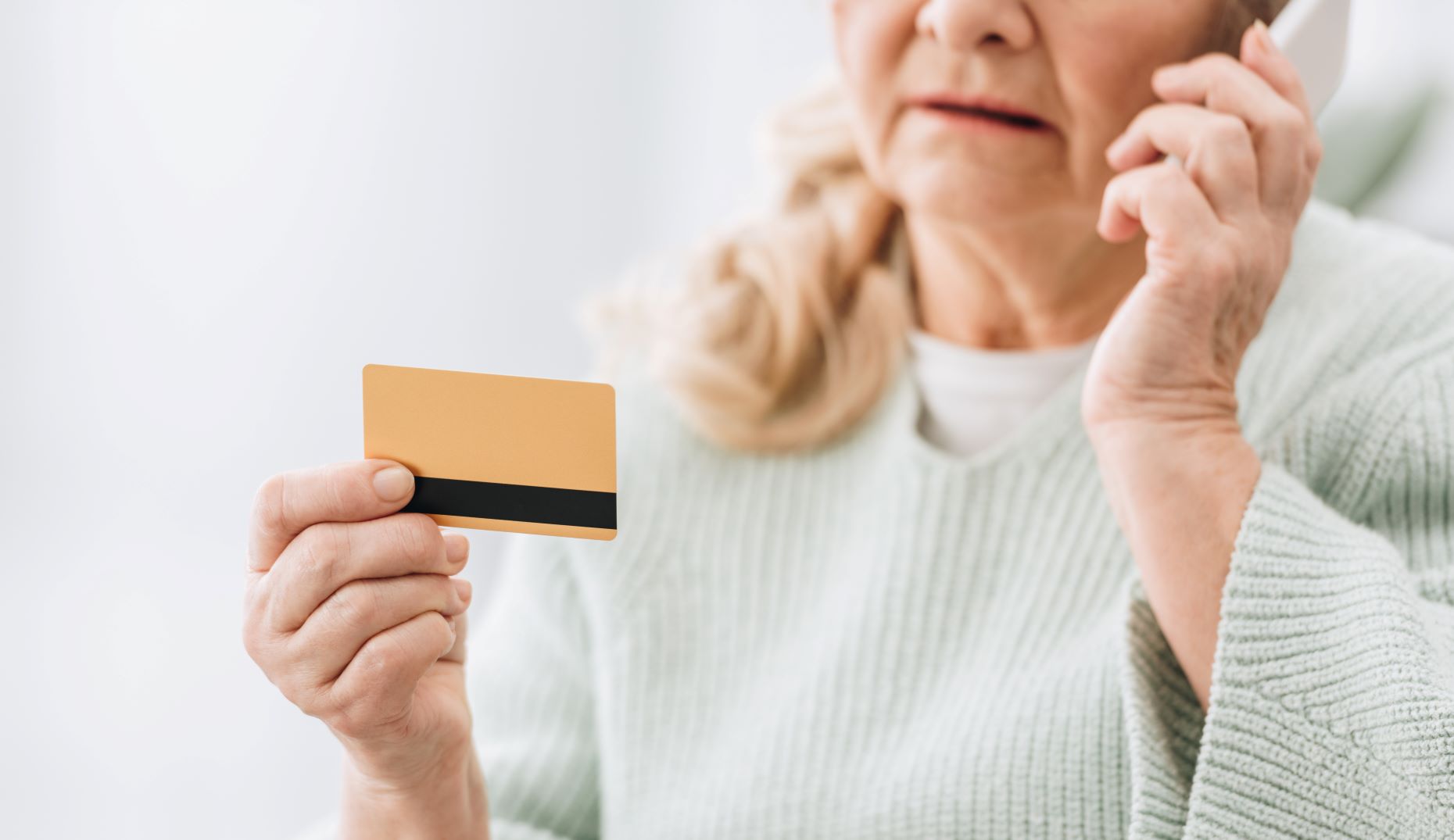 Bates Group has been tracking regulatory and enforcement developments on senior financial exploitation. Two recent publications and recent sweeping enforcement actions suggest that the phenomenon is becoming better understood and addressed. The Financial Crimes Enforcement Network (FinCEN) published a strategic analysis after reviewing Suspicious Activity Reports (SARs) filings over a six-year period. The North American Securities Administrators Association (NASAA) issued a statement and a legislative update based, in part, on an enforcement analysis showing that the Model Act to Protect Vulnerable Adults is gaining traction. And the Department of Justice, FBI and Postal Inspector jointly announced the results of “the largest coordinated sweep of elder fraud cases in history.” Here’s a closer look.

In December 2019, FinCEN analyzed SARs filed from October 2013 through August 2019 concerning senior financial exploitation. The analysis also reviewed a statistically random sample of SAR narratives contained in these filings between 2013 and 2017. Suspicious activity reported in elder financial exploitation SARs amounted to $21.8 billion during the six-year period, with the number of SAR filings peaking at 7,500 per month by August 2019. FinCEN also found that the total dollar amounts at issue increased annually. In 2014, the total amount reported was $2.2 billion—by August 2019, the amount surpassed $5 billion.

According to the report, “MSBs and depository institutions accounted for the majority of the filings and of the increase, while casino, insurance company, securities and futures, and ‘other’ filers’ reporting trended upward, but accounted for substantially fewer filings per month. Depository institution and securities and futures SARs saw a steady upward filing trend, while MSB SAR filings trended down in 2018 and early 2019.“

The amount reported on a per-SAR basis fluctuated over time. By year, the highest average amount was $70,809 in 2015, and the lowest average amount per SAR was $40,790 in 2017. Breaking these numbers out, however, FinCEN noted that when accounting for type of activity, the average amounts reported for theft (primarily from depository institutions and brokerage firms) were more than double that for scams (mostly from money services businesses.)  For theft, the average per SAR filing was $50,084 with the median amount $15,964. For scams, the average was $25,432, and the median was $6,105. Citing Census Bureau data, FinCEN asserts that these losses reflect as much as 28 percent of the median net worth of households aged 65 or over.

Distinctions between theft and scams are important as well from the point of view of proposed legislative remedies. Scams (in particular, romance, emergency/persons in need, and prize/lottery scams,) are often characterized by instances where the victim does not know the perpetrator. Fraud and theft, on the other hand, implicates family members (46% of the cases) and non-family member caregivers (20% of the cases). Further, victims of theft often suffer from some cognitive decline or other incapacitation, making the crime even more egregious. FinCEN’s findings clarify the broad spectrum of abuse captured under the term “financial exploitation” and suggest effective responses using a variety of tools.

In a press release accompanying a 2020 legislative text and commentary on NASAA’s Model Act to Protect Vulnerable Adults From Financial Exploitation, NASAA President Christopher W. Gerold touted the success of the organization’s ongoing effort. He asserted that the Model Act is “on course to become operative in a majority of states” in 2020 and that the success of these measures will result in “additional reporting leading to more enforcement actions and greater protections for seniors and other vulnerable adults.” (Note: New Jersey enacted the “Safeguarding Against Financial Exploitation Act," a statute based on NASAA’s Model Act, on January 13, 2020.)

As described previously, the Model Act (i) “offers broker-dealer and investment adviser firms qualified immunity for delaying disbursements when the firm reasonably believed financial exploitation would result,” and (ii) requires mandatory reporting by an agent or representative upon reasonable belief of senior financial exploitation. NASAA reports that 25 jurisdictions have now enacted some form of the legislation.

Referring to its enforcement report issued last year and covering data from 2018, NASAA asserted that 14 jurisdictions received 426 reports from broker-dealers and investment advisers regarding the potential financial exploitation of a vulnerable adult. Further, these notifications led to 81 investigations which resulted in 57 delayed disbursements and 32 enforcement actions. Finally, NASAA reports that the states that have enacted the Model Act have seen a “drastic increase” in the number of reports of potential financial exploitation.

For detailed consideration of sections of the Model Act, the accompanying legislative commentary for 2020 is an important read. In it, NASAA describes the intention behind many of the definitional terms used in the Act and offers important legislative history and synopses of public comment. Further, NASAA stated that a designated committee “will undertake a review of the implementation and efficacy of the Model Act in the 25 states where the law has been adopted,” in order to “gather information about how effective the laws have been in protecting vulnerable adults from financial exploitation.” These feedback mechanisms are very important to measure the success against the intentions behind the Model Act.

On March 3, 2020, the Attorney General, FBI Director and Chief Postal Inspector announced the results of a coordinated enforcement effort that targeted elder fraud schemes. This year, the agencies racked up impressive prosecutions of more than 400 defendants who allegedly caused more than a billion dollars in damages. Unlike last year’s sweep, which focused on technical support scams and mass mail fraud, this year’s enforcement efforts targeted the “threat posed by foreign-based fraud schemes that victimize seniors in large numbers.” Attorney General Barr explained that reduction of transnational fraud schemes on older Americans has become a Justice Department priority. The agencies highlighted going after the “money mule network that facilitates foreign-based elder fraud” and said that actions were taken against over 600 money mules nationwide in an effort to stop the flow of money from seniors to perpetrators.

In addition, FBI Director Christopher Wray commended the work of the Transnational Elder Fraud Strike Force. Established in June 2019, the Strike Force has been meeting with “industry, victim groups, and law enforcement at the federal, state, and local levels to identify the most harmful schemes victimizing American seniors and to bolster preventive measures against further losses,” said Director Wray.

In the joint announcement, the Justice Department noted additional resources are being made available on senior fraud, including (i) an interactive map showing state-by-state prosecution and educational efforts and (ii) information on a new National Elder Fraud Hotline, for reporting suspected fraud. The latter is to be staffed by case managers who can refer callers to appropriate agencies and services (including the FBI for internet-related scams and the Federal Trade Commission for consumer complaints).

FinCEN and NASAA’s latest efforts to document and analyze their initiatives on elder financial exploitation are important in the ongoing efforts to understand the scope of the problem. FinCEN’s review of available data from SARs filings reinforces prevailing notions that seniors may face an “increased threat to their financial security by both domestic and foreign actors.” NASAA’s updated legislative commentary of key definitions and clauses within the Model Act allows states that have already enacted similar laws—and those that are contemplating enacting such laws—to have the benefit of the latest reasoning based on the latest data. The most recent law enforcement sweep (as evidenced by the interactive map) shows how data sharing, interagency coordination and federal-state collaboration is having an impact.