The growing global cannabis market is estimated to reach $66.3 billion by 2025, up from $13.8 billion in 2018. (Another estimate is even higher, projecting that the market will reach $89.1 billion by 2024.) That kind of growth is spurring congressional and state legislators to seek to normalize the market for marijuana-related businesses (MRBs) and speed up the resolution of federal-state legal conflicts. In this article Bates looks at some of the recent federal legislative and state developments on what appears to be real momentum toward a fully functioning and legitimate market.

Judging by the sheer number of cannabis-derived items now for sale, from topical creams and therapeutic remedies (like CBD) to edibles, extracts and other products, consumers have ready access to an ever-growing assortment of goods all tied to an activity that is federally proscribed in the United States.

The manufacture, sale and possession of marijuana is illegal under the federal Controlled Subtances Act (CSA). Technically, revenue generated by any business transaction in cannabis could be considered criminal proceeds. In 2014, for anti-money laundering (AML) purposes under the Bank Secrecy Act, the Financial Crimes Enforcement Network (FinCEN) recognized “recent state initiatives to legalize certain marijuana-related activity…” and instructed financial institutions that transact with such business to comply with specific restrictions as to the filing of Suspicious Activity Reports (“SARs”).

Several forms of a legislative solution have been taking shape, namely the Secure and Fair Enforcement Banking Act (the "SAFE Banking Act"), the Strengthening the Tenth Amendment Through Entrusting States Act (the "STATES Act") and the just-introduced Marijuana Opportunity Reinvestment and Expungement Act (the “MORE” Act).

The SAFE Banking Act was drafted to remove legal uncertainty for regulated banks and credit unions that provide banking services to cannabis businesses. The bill provides a safe harbor from federal AML and regulatory enforcement actions for insured depository institutions. Under the SAFE Act, proceeds of an MRB would not be considered proceeds from illegal activity. Beyond offering a safe harbor for these institutions, the intention is to protect the financing of marijuana-related real estate, the broker-dealer custody of cannabis-related stocks and investor returns.

Of the three proposed solutions, the SAFE Banking Act is furthest along in the legislative process. At a U.S. Senate Committee on Banking, Housing and Urban Affairs hearing on July 23, 2019, Senators from both sides of the aisle expressed support for the bill. Chair Mike Crapo (R-In) called recent federal enforcement initiatives against MRBs inappropriate because “law-abiding businesses were targeted strictly for operating in an industry that some in the government disfavored.” Senator Jeff Merkley (D-OR), a SAFE Banking Act cosponsor, said the Act would reduce the legal uncertainty perpetuated by FinCEN’s 2014 guidance. He noted support for the passage of the SAFE Act from Governors, the  National Association of Attorneys General, the American Bankers Association, the National Association of State Treasurers, and all 59 state Bankers Associations.

Opposition to the bill was expressed by advocates concerned with the "massive public policy and public health ramifications" of “highly potent products targeted at younger audiences” and the "abysmal job of regulating the drug" by the states. Other opponents argued that the Act would increase money laundering and black market activity.

The STATES Act would amend the Controlled Substances Act by restricting federal enforcement against state cannabis activity. The STATES Act would protect the manufacture, production, possession, distribution, dispensation, administration and delivery of cannabis by those who are complying with state law. The Act would also prevent forfeiture of any assets and exempt funds derived from state-legal cannabis businesses. The bill is intended to empower states to freely implement their own cannabis laws. It is not yet clear how FinCEN’s AML provisions would apply under the Act. At the least, SARs would be required to be filed in any case of non-state compliant MRB activities.

The newest entrant in the legislative arena, the MORE Act, was introduced by Representative and Chair of the Judiciary Committee Jerrold Nadler (D-NY) and Senator Kamala Harris (D-CA). Like the STATES Act, the MORE Act would modify the CSA to exclude marijuana. That said, it goes much further. The MORE Act provides for the expungement and resentencing of convictions for marijuana crimes, prevents federal agencies from using cannabis to deny access to benefits or citizenship status for immigrants, specifies that federal agencies may not use marijuana use as a criteria for granting or denying a security clearance, and levies a five percent federal tax on marijuana products. The MORE Act also directs cannabis-generated tax revenue toward a number of efforts including combatting “racially motivated enforcement.” (These efforts would be managed by a new Department of Justice “Cannabis Justice Office.”)

On July 25, the Senate Committee on Agriculture, Nutrition, and Forestry heard testimony from officials with the U.S. Department of Agriculture, Food and Drug Administration and Environmental Protection Agency. The hearing covered similar themes as the Senate Banking Committee about access to financial services by businesses involved with the crop and its derivatives. Testimony included examples of businesses that have been denied credit lines and insurance policies due to a lack of guidance from federal regulators. Notably, the bipartisan support for legalization of hemp through the Agriculture Committee is driven, in part, by Senate Majority Leader Mitch McConnell (R-KY) who included the provisions into agriculture legislation and pointed out that the crop “is being grown in 101 out of 120 counties in Kentucky.”

State developments are coming at a rapid pace and take many forms from legislation fully embracing the burgeoning industry to more cautious decriminalization. Collectively, all of these legislative initiatives are significant in that they chip away at longstanding perceived taboos on the drug and help to change public opinion.

A few recent examples: on July 29, New York Governor Cuomo signed into law a bill decriminalizing marijuana use. Echoing some of the provisions of the MORE Act, the new law reduces unlawful cannabis possession to a misdemeanor punishable by a fine, and establishes a process for individuals with certain cannabis convictions to have their records cleared both retroactively and for future convictions. The New York law makes it the 27th state to legalize or decriminalize cannabis, following similar efforts in Hawaii by a few weeks. In late June, Illinois Governor J.B. Pritzker signed a recreational cannabis legalization bill. According to one source, the state, which already had “over 73,000 qualifying patients in medical cannabis programs,” expects that “the recreational segment will eclipse the medical segment” and will “generate upwards of USD 2.5 billion annually.”

That may be true, but it all still depends on reducing the federal restrictions on financing and fully opening the industry to outside investment. According to one analysis, this remains the main hurdle for cannabis companies, with state legislators trying to find ways to encourage interstate investment (Oregon and Colorado) or protect or spur intrastate investment (Arizona and California). Along with the state legislative activity, there are a multitude of municipal efforts, from local taxation and licensing to packaging and advertising regulation.

State legislators keep pushing the boundaries of the legal cannabis market. Federal legislators appear to be coming together with solutions that offer ways to address a variety of compliance issues for investors and for the finance of cannabis businesses. Freeing regulated financial institutions to safely participate in the market by resolving state-federal legal conflicts would certainly spur the growth of the industry.

Based on the comments at the recent Senate hearing, the SAFE Banking Act, with its narrow focus on a safe harbor, appears to have significant support. But all the legislative initiatives would raise the temperature on AML Compliance programs as cannabis-related transactions shift to regulated institutions (subject to KYC and BSA requirements). That includes, of course, continuing obligations to file SARs on all marijuana-related activity and strict adherence to FinCEN guidance, as well as additional considerations for ensuring that MRBs are operating as qualified legitimate businesses. Bates will keep you apprised as these and other legislative battles play out. 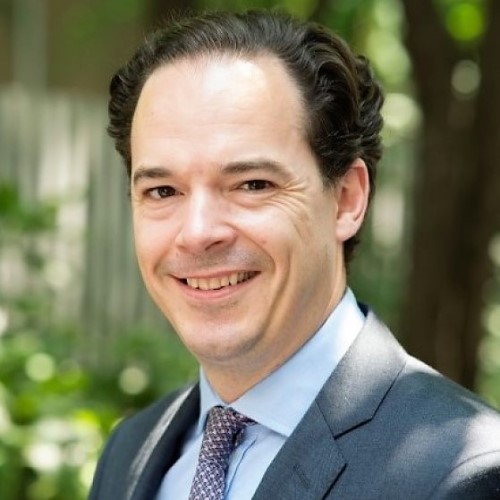